To New Parents (and congratulations to Kyle and Lacy),

You’ll hear this sentence in your baby’s first year of life, “don’t decide if you want to have another child until your baby is 18 months old.”

I found this statement confusing quite early on. I knew we only wanted our little Emerson about five months into the pregnancy. But people didn’t want us to make a decision on that for another what… 22 months?

Well Emerson is officially one year and two months, or if you’re one of those annoying parents that counts only months then she’s 14 months just like I’m… four hundred and eight months old. 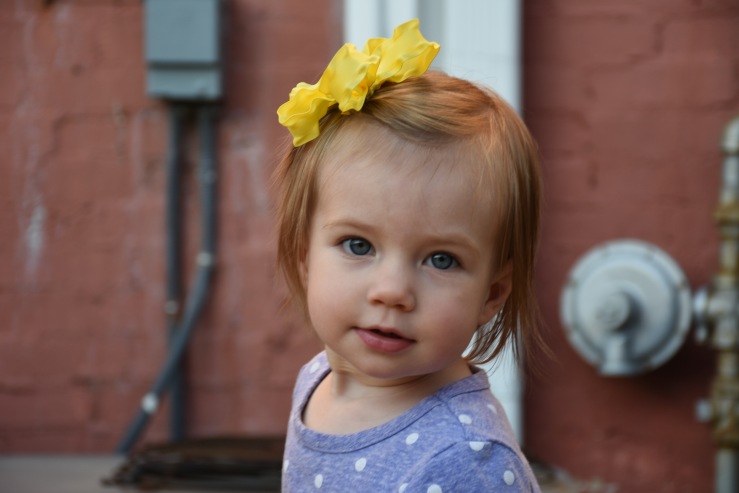 Anyhow, I’m starting to understand the whole “wait” thing. Emerson is a little waterfall of wonderment. In just three weeks, she’s learned how to say all these new words. She went from fifteen words about a month ago to pretty much fifty words today. E.K. knows animal names and noises, cars, fruits, people, and demands. Oh the demands..

Every parent thinks their kid is smart, so I’m not going to pretend I’m not that guy. But I will say that this age, one year and two months, has been fun. But do I want to go through another five months of announcements, showers and thank you cards (oh wait this would be our second, so if it was a girl, there should be a law against it) followed by another 22 months of struggle to get here? HECK NO.

The second message I want to send to new parents is that you should never say, “I don’t want someone else raising my children.” Gigi (E.K.’s grandmother) Day Care in Shreveport was a blessing. Having a family member take care of our daughter every weekday for an entire year was wonderful. It was a bond they’ll never break, as evidenced by the last Gigi visit when Emerson wouldn’t leave Jess’s mom’s side. The entire time.

But now that we’re back here in the Big D and Emerson is immersed (get it?) in day care, she’s learning more than any one or two people could ever teach her.  Structure, Jesus time, proper meals, painting, and the best part – social interaction with peers. I love her day care. Love it. Jess feels the same. It’s a blessing that we’re able to afford it, that’s a given. But it’s completely worth it if you have the means. And Gigi Day Care is just happening every 2nd weekend now, which is always fun too.