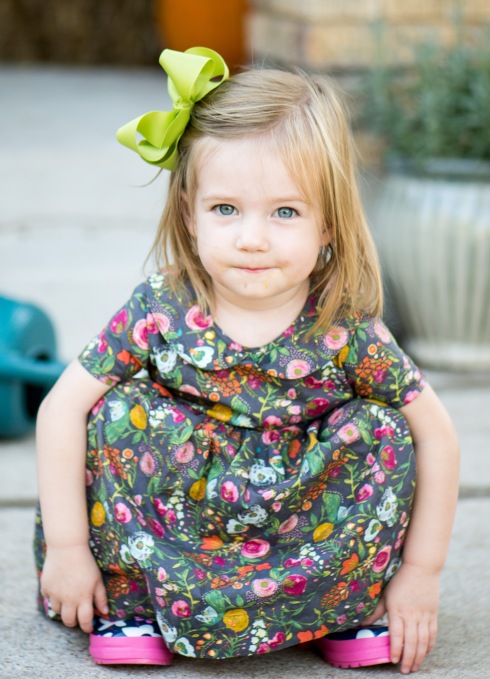 Emerson Kate is just a little over two now, and she’s becoming more and more independent each day. She recently moved up to the 2 year old class at school, and so far the new classroom is a hit. For example, I walked in on Friday to pick her up and she runs up to me to show off her “skirt.” I quickly take in the other kids dress up attire as Emerson is zooming off saying “look at me, mom” as she does a twirl and jump. She was so proud!

This stage is my favorite so far. Watching Emerson learn and grow in to such a “big girl” is very exciting to me. She’s putting small sentences together lately, and our daughter is really starting to understand the meaning/usage of the words. Maybe I’m favoring this age because I see a glimpse into our future talks, or maybe it’s seeing her face light up when she finally figures something out. 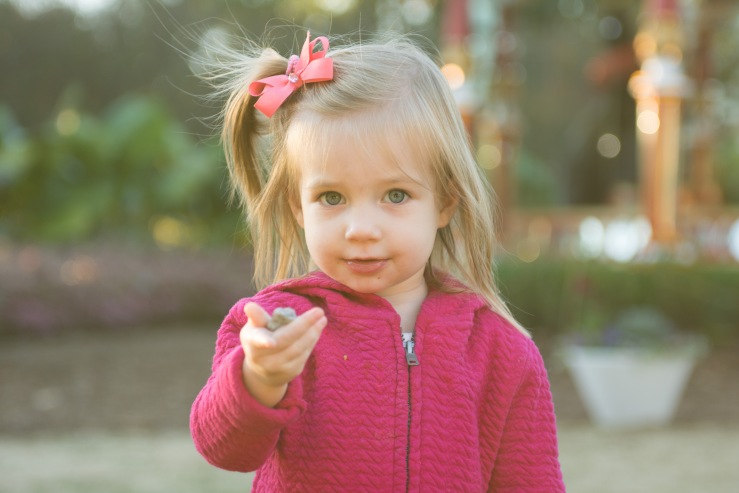 Some of her favorites now include…

Any time Emerson has a piece of bread or biscuit it’s a given that jelly should be on it, in her opinion. Even if it’s toast with our pasta – jelly will be added.

I probably could go on and on with the food list. Emerson loves pretty much everything. We’ve been blessed with a healthy eater.

Clarabelle Cow is on the top of her favorite characters list. Lee bought her a Clarabelle Cow stuffed animal last week, and Emerson has enjoyed having her around.

Loves to play acrobat on mom and dad

Sentence – Emerson: what’s that sound? Me or Lee: what does it sound like? Sometimes it’s correct, sometimes it’s a fire truck, even though it’s not. I’ve enjoyed having her figure out what she thinks it sounds like.

Restaurant – The Lot, Mi Cocina, Cane Rosso. Really it just depends on the day, though we do ask her opinion on what restaurant which should eat at for the meal.

Song – Emerson loves to listen to Mickey Mouse Clubhouse just about every time we get in the vehicle. She’s starting to be able to sing along with songs now. She may be a little delayed, but she’s getting the hang of it.

Emerson is so friendly to everyone. She wants to know who everyone is and what their name is. We’ve tried the stranger comment, though she just says “bye, stranger” as they walk out the door. Ha!

Emerson also loves to ask what are you cooking? Sometimes she’ll even help with making butter and sugar, or with marshmallows. As you can see the example of her handy work in the kitchen below.